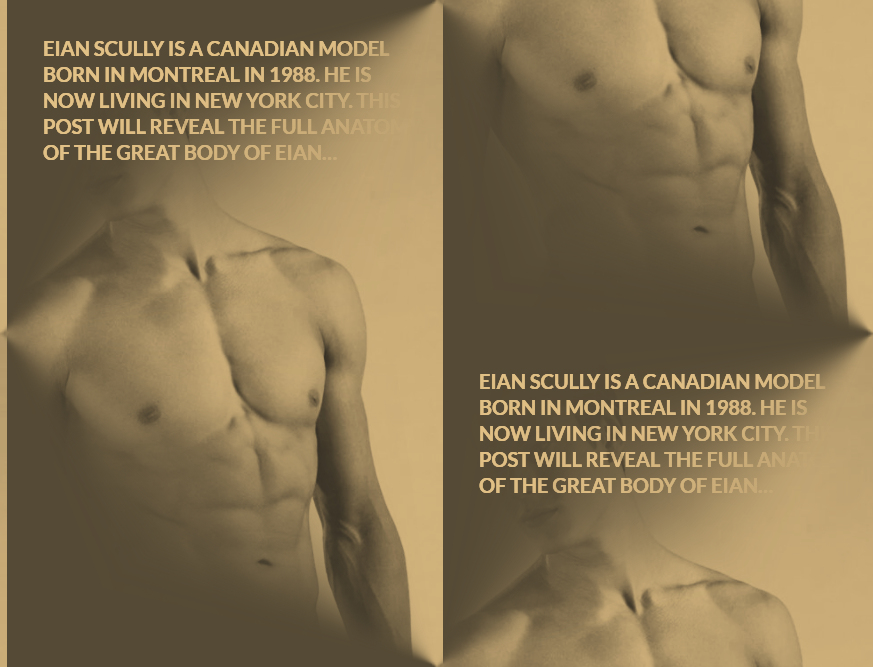 Who is The Sexiest Man in The World? Could it be model Eian Scully?

Eian Scully is a Canadian fashion model. Working for brands such as 2(X)IST, Eian is known for his killer six-pack and classic good looks. The Canadian model has also appeared in editorials for magazines such as Hercules, Da Man, Fashion for Men, and OUT.