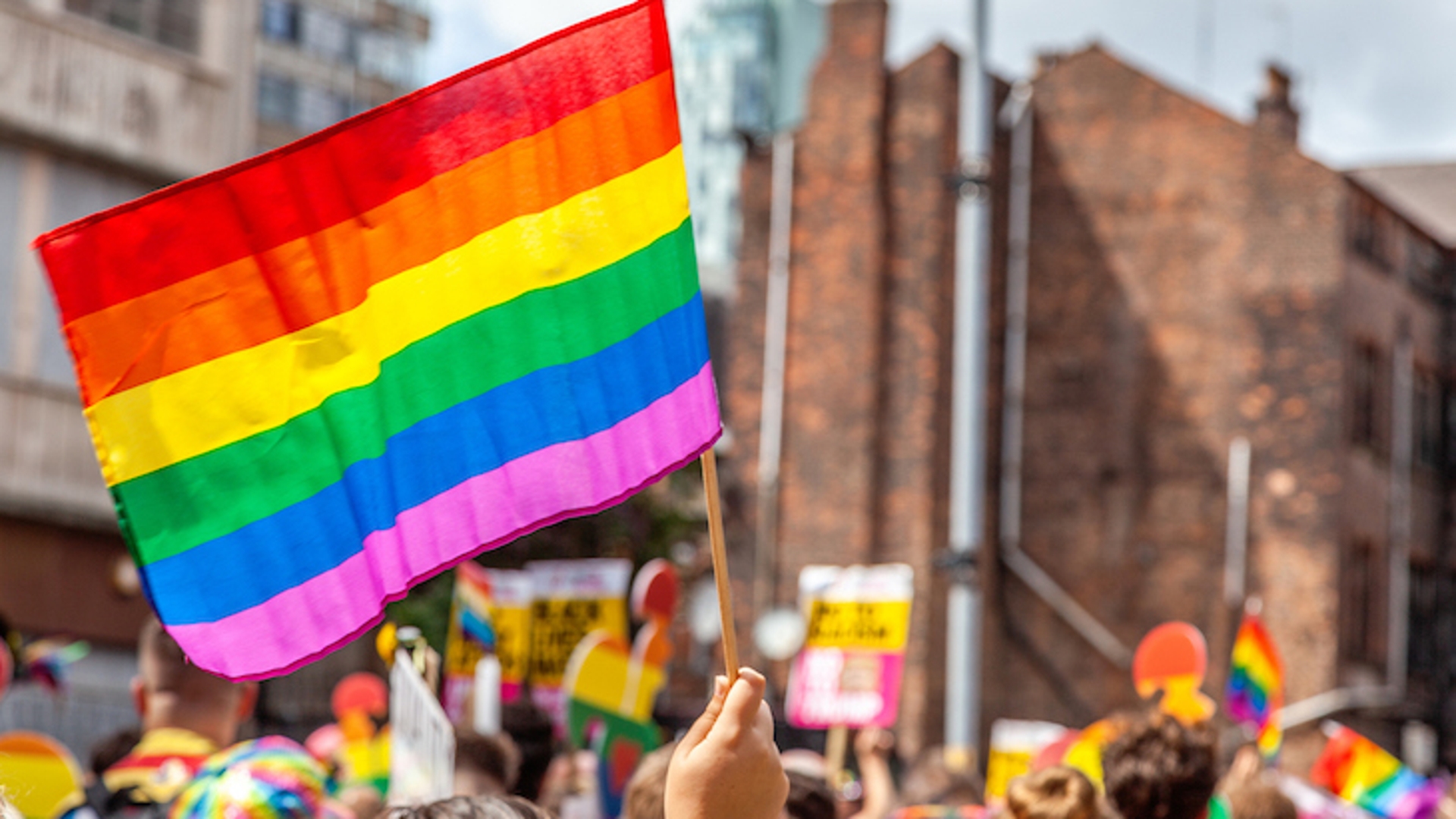 ‘We believe that biological sex is observed in the womb and/or at birth and not assigned’. It also believes that current gender ideologies – such as genderfluidity, sex as a ‘feeling’, the idea that a man who identifies as a woman can be a lesbian, etc. – are ‘pseudo-scientific’.

In Britain, in 2020, a gay-rights group is being hounded for daring to promote the virtues of same-sex attraction. Mobs of angry people are trying to destroy it. They’ve branded it hateful, disgusting, dangerous. They have even tried to bankrupt it. For the ‘crime’ of saying it’s fine that people of the same sex are attracted to each other, this group has become the target of one of the most vicious campaigns of the year.

Only it isn’t old-style homophobes with blue rinses and crucifixes who are waging war on this gay-rights group. It’s the PC left. It’s supposedly correct-thinking commentators, trans activists and others who pride themselves on being progressive and decent. What might once have been Bible-waving fundamentalists or homophobic skinheads is now right-on millennials.

The group in question is the LGB Alliance. Anyone who thinks that cancel culture doesn’t exist, that it is a myth made up by right-wing culture warriors, should Google the LGB Alliance. The hatred for this group is intense. The efforts to cancel LGB Alliance – by branding it a ‘hate group’, depriving it of opportunities to raise money, and robbing it of the oxygen of publicity – are out of control.

Its crime? It is sceptical of some of the claims of transgender activists. Hence there is no ‘T’ in its name. Its aim is to protect and promote the interests of people who are attracted to the same sex – that is, lesbians, gay men and bisexuals – and therefore it believes that the reality of sex is quite an important thing. As its website says, ‘We believe that biological sex is observed in the womb and/or at birth and not assigned’. It also believes that current gender ideologies – such as genderfluidity, sex as a ‘feeling’, the idea that a man who identifies as a woman can be a lesbian, etc. – are ‘pseudo-scientific’.

The key reason the LGB Alliance rejects the ‘T’ of transgenderism is because it believes that the cult of genderfluidity poses a risk to the rights of people who are attracted to people of the same sex. For example, if people with male body parts can identify as lesbians – which they can, and often do – then this shrinks the space for actual lesbians (women attracted to women) to express their concerns and interests. That is why a lesbian group called ‘Get the L Out’ stormed to the front of the Pride march in London in 2018 — to raise awareness of the possible erasure of lesbians if born men can be lesbians too.

‘We believe that biological sex is observed in the womb and/or at birth and not assigned’. It also believes that current gender ideologies – such as genderfluidity, sex as a ‘feeling’, the idea that a man who identifies as a woman can be a lesbian, etc. – are ‘pseudo-scientific’.

For raising these concerns about the new gender ideologies – politely, intellectually – LGB Alliance has been rounded on in a deranged way. There was another explosion of hatred against the group this week. The gay magazine Boyz became the target of visceral contempt for daring to retweet the sinners of LGB Alliance on its Twitter feed. Boyz faced a ‘blistering backlash’, said Pink News, with relish. Boyz responded by suggesting that people should not jump to conclusions about LGB Alliance and we should ‘hear them out’. That made matters worse. Hear someone out? That isn’t the done thing in the cancel-culture era. We silence people, we don’t listen to them.

Soon, mobs of people were targeting companies that advertise in Boyz or who stock this evil magazine. And these efforts to marshal the power of capital to silence a gay magazine were successful. Pride has disassociated itself from Boyz. The Vauxhall Tavern said it would no longer stock it. Eventually, the magazine was defeated by the mob. It apologised to ‘all our readers, venues and advertisers for the publicity we have given to the LGB Alliance’.

There is a whiff of neo-Stalinism to all this. A publication was essentially blacklisted for expressing a view that runs counter to the new orthodoxy. It was forced into a very public climbdown in an effort to save its business and the jobs of its staff from the unforgiving mob. All for promoting a group that has the temerity to exercise its freedom of association to promote the interests of lesbians, gay people and bisexuals rather than anyone else. In the past it would have been nutty homophobes who tried to revoke the freedom of association of gays and lesbians; now it’s the hyper-woke.

LGB Alliance has also been prevented from fundraising. Its haters were successful in getting it removed from the JustGiving and GoFundMe websites. One of LGB Alliance’s founders — the barrister and gay-rights stalwart Allison Bailey — is being investigated by her Chambers for being ‘transphobic’. The message is clear: if you dare to question the orthodoxy, if you talk about sex rather than gender, if you think lesbians are female, then you will be crushed.

People often misuse the word bigotry. A bigot, in the words of the Oxford English Dictionary, is ‘intolerance towards those who hold different opinions from oneself’. So, tell me – who are the real bigots in the mad crusade against LGB Alliance? The alliance itself, for merely talking about the reality of sex and same-sex attraction? Or the furious, insult-spewing mobs who are doing everything they can to shame and shut it down? I think we know the answer.

Brendan O’Neill is the editor of Spiked, the online magazine.