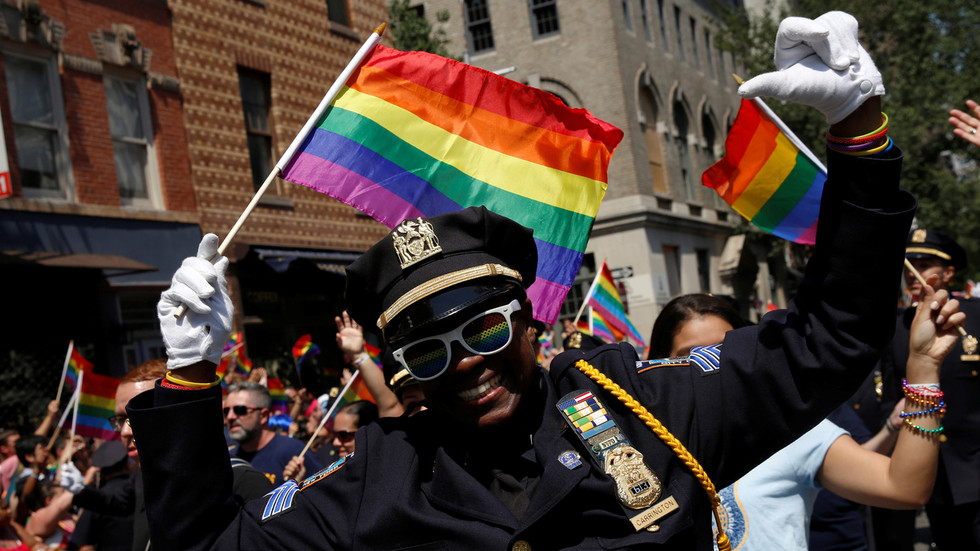 New York City Pride marches and events will no longer welcome police officers, organizers have announced, claiming their presence can be “threatening” to participants

“The sense of safety that law enforcement is meant to provide can instead be threatening. And at times dangerous, to those in our community who are most often targeted with excessive force and/or without reason,” the organization announced in a statement over the weekend.

While there is often a police presence for such large events in the Big Apple, organizers say the new ban is meant to “create a safer space” for “marginalized groups.”

NYC Pride is unwilling to contribute in any way to creating an atmosphere of fear or harm for members of the community,” they said.

NYC Pride Co-Chair Andre Thomas claims “months of conversation and discussion with key stakeholders in the community” has led to the new decision, which is already ruffling feathers among police officers.

Detective Brian Downey, president of the NYPD’s Gay Officers Action League (GOAL), told the New York Post that hundreds of officers have been marching in the event for decades.

“GOAL was embraced by the community because it was viewed as agents of change. This was progress, it wasn’t contention,” he said, adding that his organization has the goal of “building bridges.”

Downey blasted the decision as “poorly made”. He also said organizers are ill-equipped to handle the private security that will be needed. It is the massive June event. The plan at the moment for this year’s event – it was canceled last year – is to have only some in-person components, while most of it will be virtual due to the pandemic.

“I don’t know what the end game is here,” he said. “When you create an echo chamber and you take a dissenting voice other than the voice of these activists, who don’t want reform, they just want abolition.”

Activists have been calling for a police ban in recent years as the debate about police brutality has heated up. In 2017, a Pride Toronto group actually did ban cops from participating in their event.

The ban will be in place until at least 2025, when organizers say they will review their decision. They do, however, appear to still want the protection of the police in extreme circumstances. They are saying in their statement that NYPD will “provide first response and security only when absolutely necessary as mandated by city officials.”

Organizers say, however, that their goal is to have officers “at least one city block away from event perimeter areas where possible.”

I personally think that organisers have rushed with this sort of decision. Police brutality in USA is well known. However, it would be wrong treating all police officers as offenders. This is just another example of a “cancel culture” that is creating more problems than solving. This is another step in dividing already divided communities. Unfortunately more often than not the “activists” are not representing community opinions. We need more grassroots involvement in making this sort of decisions.