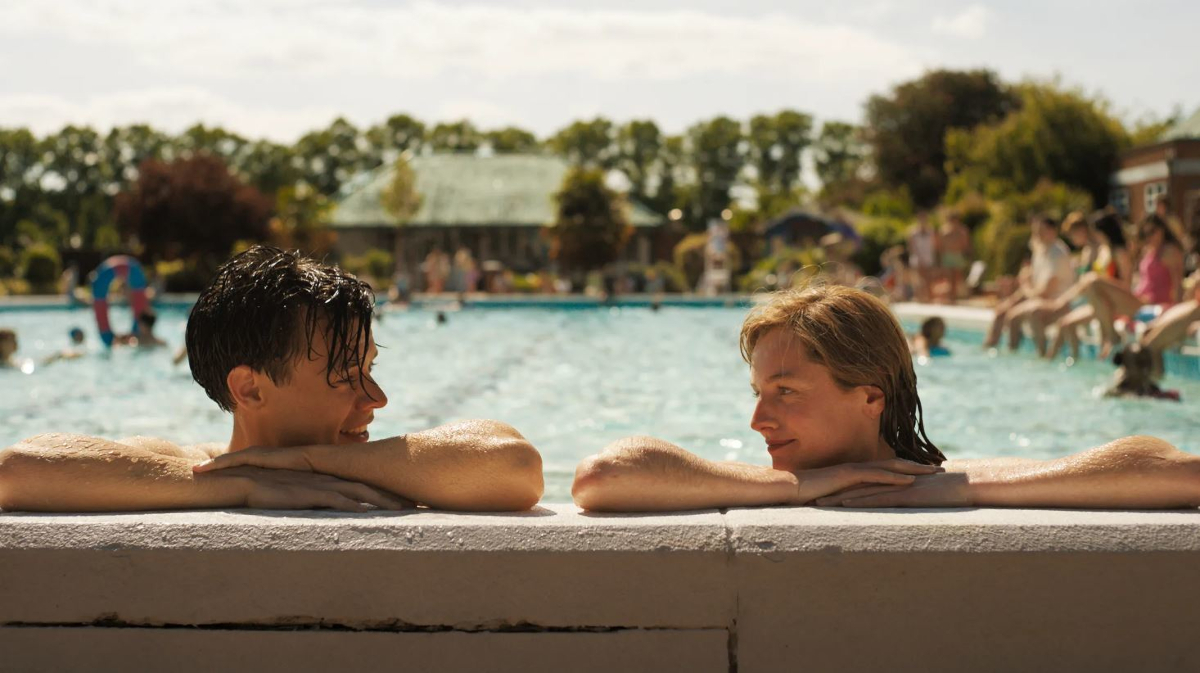 Harry Styles is set to get steamy with Florence Pugh in Don’t Worry Darling and break hearts as Eros in an upcoming Marvel movie—but between the two, we’ll see him donning a 1950s police uniform to take the lead in Michael Grandage’s moving drama about a young man torn between two lovers. Ahead of the film’s release, here’s everything we know so far.

Who will star in My Policeman?

Harry Styles, Emma Corrin, and David Dawson are taking the lead for the decades-spanning romance.

What is My Policeman about?

The plot follows a school teacher and a policeman (Corrin and Styles) whose lives are upended when they meet a charming curator (Dawson), and the two men begin a passionate—and dangerous—affair.

Is My Policeman based on a true story?

The film is based on Bethan Roberts’s novel My Policeman, though the 2012 tome was itself inspired by the life of E.M. Forster, who’d been in a long-term relationship with a policeman while also being friends with his wife.

When and where will My Policeman be released?

My Policeman will be in theatres from October 21 and available to stream on Amazon Prime Video from November 4.

It’s based on a sensitive, sweeping novel

My Policeman is an adaptation of Bethan Roberts’s 2012 novel of the same name. It centres on Marion (played here by The Crown’s Emma Corrin) and Tom (Styles), a schoolteacher and policeman. He meets and falls in love on the Brighton coast in the ’50s. Enter Patrick (David Dawson), a curator who has moved to Brighton to recover from the death of a previous lover and soon develops feelings for Tom.

The book weaves together Marion’s confessional narration with Patrick’s as both battles their inner demons and the overwhelming desire that keeps leading them back to Tom. The latter also highlights the restrictions on gay men at the time and the harsh realities they could face if their private lives became public. In an article published in The Guardian in 2012, Roberts explained that the story was inspired by the life of novelist E.M. Forster. He had been in a long-term relationship with the policeman Bob Buckingham and was friends with his wife, May.

“While living with May, Buckingham pledged his half days off, and other hours during the week, to Forster,” she wrote. “May, although jealous and often difficult, refused to listen when [warned] that Forster was about to break up her marriage. Perhaps she, like Buckingham, stood to gain from what Forster could offer: not only money (he often gave financial gifts), but also entrance into the life of the cultural elite.” When Forster suffered a series of strokes later in life, May cared for him.

The first stills have sent the internet into a tailspin

On June 9, Amazon released the first two stills from the film. One featured a sun-drenched Styles and Corrin as Tom and Marion, gazing lovingly into each other’s eyes while in a pool. The other showed the pair in a gallery with David Dawson’s Patrick. He appears to be talking them through a piece of art. While the former is joyous, the tension between the trio is apparent in the latter.

Then, on September 1, a third image was revealed. It shows Tom, Marion and Patrick dressed up for an evening out. Presumably, one in which the latter is introducing his new acquaintances to his glittering circle of friends.

The trailer promises passion and heartbreak

A teaser trailer dropped on June 15. It opens with Styles’ Tom and Dawson’s Patrick admiring a painting in a gallery. The latter asks the former, “So, how does it make you feel?” As Tom replies, we see a montage of his blossoming romance with Corrin’s Marion, culminating with their wedding. Then, Tom and Patrick enter a relationship. Patrick vows to take the young couple under his wing. There are also shots of a sun-soaked Brighton arcade, a violent altercation, Marion ripping up a book in tears, and a police uniform burning as Tom looks on wistfully.

The official trailer launched on September 7, showing Corrin and Styles strolling through the gardens of Brighton’s Royal Pavilion and kissing, before the latter proposes. We then see Styles and Dawson in Venice, and the latter sketching the former as he poses in his police uniform. As their love grows, Corrin’s Marion becomes more distressed, and eventually reaches a breaking point.

The cast is stacked with British talent, both emerging and established

Corrin, Styles, and Dawson play Marion, Tom, and Patrick in the ’50s, before passing the baton to Gina McKee, Linus Roache, and Rupert Everett for the scenes that take place in the ’90s. In June 2021, Deadline reported that Kadiff Kirwan, best known for his roles in Chewing Gum and The Stranger, had also joined the cast. The talent behind the camera is equally impressive: director Michael Grandage is the former artistic director of the Donmar Warehouse in London and screenwriter Ron Nyswaner was nominated for an Oscar for penning Philadelphia in 1994.

The film is hitting screens sooner than you think

Amazon has confirmed that My Policeman will land on October 21 before becoming available to stream on Prime Video from November 4—two dates that position it perfectly for 2023’s awards season. It is undoubtedly something worth our attention. I will keep you posted.