I am sure you will love Sam Ledger as much as I do. For the popularity of Twitter qualification, Sam is the Queer Twitter Influencer at the moment. He deserves even more. Let’s follow him on Twitter and get him the title of the Queer Twitter Superstar by Gay News Portal network standards!

Unlike my usual reliance on pure luck during my queer Twitter searches, I actually looked for Sam Ledger’s account. It was after reviewing one of videos produced by Helix Studios. You can see that review HERE. His partner in that video is Luca Ambrose.

Sam Ledger was born in 2001 in Hawaii, according to some Internet sources. His penis is described as a “medium” size (6″) and is cut. Sam is slim to skinny built and is naturally smooth. You can say he is a typical type of Helix Studios model.

Sam is versatile and played as a top and a bottom in the video I reviewed. However, based on my observations of his Twitter post, I dare to conclude that he is rather bottom whenever given a choice. I invite Sam to make me wrong if he accepts to have a short interview. Would you like to see that interview published here folks?

You will understand why I have concluded that Sam is bottom once you see images and clips posted by him on Twitter. From my point of view, he is very desirable bottom boy.

This boy is beautiful all over. However, it is obvious what part of his body he values the most. So, do I. 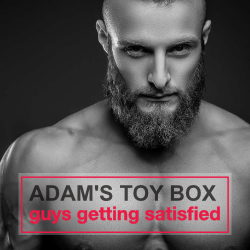 He must be the stunning bottom. These photos are saying: Come and take me.