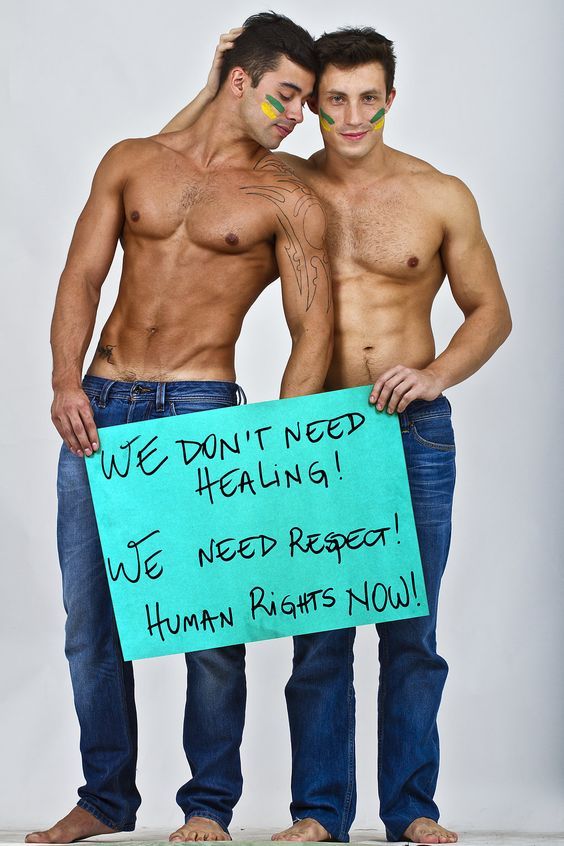 As a mental health counselor for the past twenty years, I have listened to many painful stories from some of my lesbian and gay patients regarding their upbringing in a homophobic and heterosexist world. Many of my gay and lesbian patients, including a number of bisexual and transgender individuals, have shared with me that as young as age five, they felt different.

Let’s talk about LGBT suicide and the trauma of growing up gay!

They were unable to articulate why they felt different. At the same time, they were too afraid to talk about it. Many reported that they knew this feeling of being different was related to something forbidden. “It felt like keeping a tormenting secret that I could not even understand,” described one of my gay patients. Others shared with me that this feeling of difference revealed itself in the form of gender nonconformity, which could not be kept secret.

Therefore, it made them more vulnerable to homophobic and transphobic mistreatment at school and often at home. They had to cope with a daily assault of shame and humiliation without any support.

The experience of carrying a sense of differentness, because it related to some of the most taboo and despised images in our culture, can leave traumatic scars on one’s psyche. Most school-age youth organize their school experience around the notion of not coming across as queer. Any school-age youth worst nightmare is being called faggot or dyke, which is commonly experienced by many children who do not flow with the mainstream.

One gay high school student disclosed to me that, on average, he hears more than twenty homophobic remarks a day. Schools can feel like a scary place for LGBT youth, or any child who gets scapegoated as queer. For the most part, LGBT youth do not get any protection from school officials. This is a form of child abuse on a collective level. Mistreatment of LGBT youth and a lack of protection are contributing factors to the issue of LGBT teen suicide. Homophobia and gay youth suicide are directly related.

Feeling of being different

The feeling of differentness as it relates to being gay or lesbian is too complex for any youth to process and make sense of, especially when coupled with external attacks in the form of homophobic, derogatory name calling. Unlike a black child whose parents are typically also black, or a Jewish child with Jewish parents and relatives, the LGBT youth typically does not have gay or lesbian parents or anyone who could mirror his or her experience. In fact, many families tend to blame the mistreated LGBT youngster for not being like everyone else, making the child feel like he or she deserves this homophobic mistreatment, something leading to suicide.

When parents are either unable or unwilling to “feel and see” the world through the eyes of their child and do not provide a reflection that makes the child feel valued, that child can not develop a strong sense of self. Faced with isolation, confusion, humiliation, physical violence, not being valued in the eyes of their parents, and carrying a secret that the youngster connects with something terrible and unthinkable is too stressful for any child to endure – especially when there is no empathic other to help him or her to sort it out. The youngster suffers in silence and might use dissociation to cope. In a worst-case scenario, he or she could commit suicide.

Many LGBT youth who found the courage to open up about their identity issues have experienced rejection from their families and peers. Some families treat such disclosures as bringing shame on the family. They may throw their kid out of the house, which forces the youngster to join the growing population of homeless kids on the street. These youth develop problems regarded as a mental health issues and sometimes lead to gay youth suicide.

The stress of trying to come to terms with a complex matter such as same sex attraction, one’s family’s rejection as a result of finding out about same sex attraction, and becoming victimized through verbal and physical abuse by peers due to being different are contributing factors to the trauma of growing up gay or lesbian.

Such traumatic experiences can explain why lesbian, gay, bisexual, transgender, and questioning youth are up to four times more likely to attempt suicide than their heterosexual peers. Suicide attempts by LGBT youth are their desperate attempts to escape the traumatic process of growing up queer. There is no safety network to protect them from developing mental help issues and leading to high degree of gay youth suicide.

To not deal with internalized homophobia is to ignore the wreckage of the past. Psychological injuries that were inflicted on LGBT people as result of growing up in a homophobic and heterosexist world need to be addressed. Each time a LGBT youngster was insulted or attacked for being different, such attacks left scars on his or her soul. Such violent mistreatment caused many to develop feelings of inferiority. Living surrounded by constant homophobia leads to mental health issues often resulting in LGBT youth suicide.

Life after the closet

Life after the closet needs to include coming out of toxic shame, which means becoming aware of repressed or disassociated memories and feelings around homophobic mistreatment that was experienced growing up. All the rejection and derogatory name-calling one suffered growing up queer can be stored in the psyche in the form of implicit memory: a type of memory that impacts one’s life without one noticing it or consciously knowing its origin. Coming out of toxic shame involves recalling and sharing what it felt like growing up in a world that did not respect one’s identity, fully feeling the injustice of it.

Providing empathy and unconditional positive regard for the fact that one has endured many years of confusion, shame, fear, and homophobic mistreatment can give birth to new feelings of pride and honor about one’s LGBT identity. This is an alchemical process that involves transforming painful emotions through love and empathy.

As a community, learning to know ourselves can add vitality to our struggle for freedom. The LGBT liberation movement should not only include fighting for our equal rights, but also working through the injuries that were inflicted on us while growing up queer in a heterosexist world. External changes such as marriage equality or the repeal of the Don’t Ask Don’t Tell policy alone cannot heal us from homophobic mistreatment and rejection we received growing up gay or lesbian.

We need to open a new psychological frontier and take our struggle for freedom to a new level. The gay civil rights movement is like a bird that needs two wings to fly, not just one. So far, the political wing has been the main carrier of this movement. By adding psychological healing work as the other wing, the bird of gay liberty can reach even greater heights. Mental health of LGBT population and addressing it must be part of every political action

Dr. Payam Ghassemlou MFT, Ph.D., is licensed in the state of California as a Marriage and Family Therapist with over fifteen years experience. He has a Ph.D. in Transpersonal Psychology along with being a registered addiction specialist.

Furthermore, Dr. Ghassemlou has advanced training in contemporary psychoanalysis, Jungian psychology, sandplay therapy, cognitive therapy, mindfulness, and Eastern psychology. He is skilled at goal-oriented, problem focused, and time-efficient therapy. He provides individual therapy and couple counseling. His office is conveniently located on the border of Beverly Hills and West Hollywood.