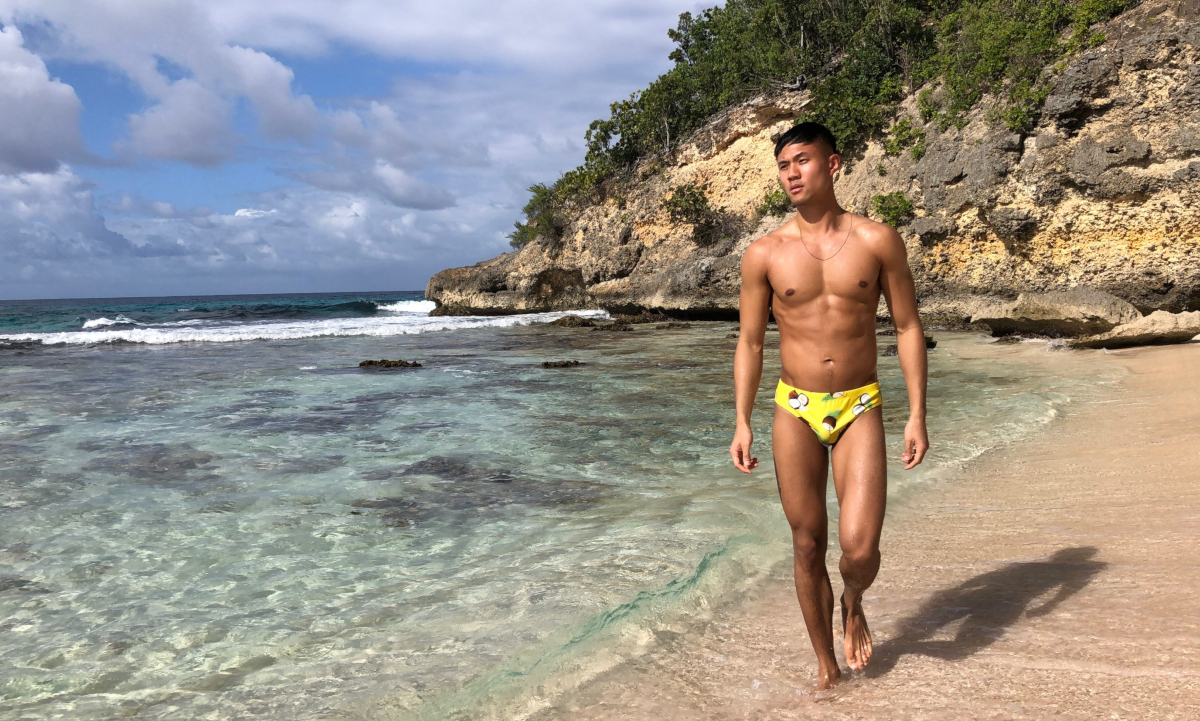 This is a story of Chinese-British model who wants to help LGBT youth to find their place in life. An interview with a true gay role-model.

The subject of mental health is close to my heart, and I’m glad there are people in the world like Donald who want to be a lighthouse for those adrift and wandering.

Donald was born in Hong Kong and moved to the UK when he was five. Although he grew up in the Western world, his household was still very much Asian. And like most Asian households, there was no one he could really talk to about his emerging sexuality.

“My parents still held traditional values, unknowledgeable about gayness and what it means to be gay and to have a gay son,” he told me. “Even though I wouldn’t recognise or admit it at the time, I know this had an impact on my mental health.”

It’s a story too often told around the world, but especially in Asia. He came out to his parents when he began to be in a relationship. That was how it was for me, too. But it is not the case for many Asian men who continue to stay in the closet despite having been in a relationship for years and years.

The mental burden of keeping such a big part of your life a secret from people who love you can take a toll on you, even if like Donald, you don’t realise it until much later in life. For young minds, it could be overwhelming.

Donald’s path to counselling was not a straight one. He has worked in hospitality and marketing, but found his way to his current work as a helpline support officer by following his gut instincts. “As I grew up throughout university and in my early 20s, I started to realise that I wanted a job that helped people,” he said.

“From a young age I always felt intuitive to how people were feeling and felt empathetic towards others. After three long years working and studying, I finished a postgraduate degree in therapeutic counselling.”

These days, between modelling and counselling, Donald is working on a screenplay about open relationships, starring him as the male lead. He’s hoping to challenge people’s perceptions of what are “healthy” and “normal” relationships, he said.

“Working as a commercial model for the past five years, I have noticed the lack of East Asian representation in the media. One of the things I’m passionate about is changing that.”

Here’s our interview. Hope you enjoy!

Well, the organisation I work for is UK’s leading support service for young people. It focuses on support for people under 25 years old in areas such as mental health, money, addiction and housing and homelessness to name a few.

As a helpline support officer, I help support the volunteers who are speaking with the young people directly. Through my own training, I also help volunteers when they need support on what to say and how to handle the contact most effectively with the young people in mind. This contact can sometimes cover self-harm and suicidal thoughts and intent.

During this time, as the helpline support officer, I carry through a risk assessment with the volunteer and if necessary we would break confidentiality and contact the emergency services on the young person’s behalf.

That’s amazing. Tell me about how you came to find yourself doing this type of counselling work?

It has taken me a long time to figure out my direction in life. After graduating from university with a hospitality management degree and working in the US, I pursued a career in marketing as it dawned on me that the hospitality industry was not for me.

I worked in Shanghai before moving to Australia to further discover what I wanted to do. As my year in Oz came to an end, I moved to London and found myself a 9-5 job working in marketing for a tech company. This is when I found modelling and a passion for counselling. I quit my job to pursue a career in counselling and would work as a model on the side to pay my bills.

I think the best thing we can do to protect our mental health is to find our own path. As gay men, it is easy to feel like we are not enough; that we have to be fitter, richer, more successful partly because we feel like the world wasn’t built for us so we have to do more to prove ourselves to others.

Why is mental health an important subject to you?

I came out to my parents during this time due to being in a relationship. I started to unpack how I truly felt deep down in accepting who I was and how having that secret really prevented others from getting close to me and prevented me from living my life to its fullest.

As an Asian man, coming out wasn’t easy. Working at the support service organisation has reinforced to me how necessary and important it is for help to be available, especially for young people who feel like they are going through it alone. Even though we have come a long way, I still feel that there is stigma towards seeking professional help when you need it.

If you go to the doctor for your physical well being, why would you not see a therapist for your mental well being? I think it takes a lot of strength to be able to open up and be honest with your problems and tackle them face-on in a safe and non-judgmental environment. But I can understand why men would be reluctant.

As gay men, I think that it’s so important to rid ourselves of how we feel like we should be and find happiness in what we have. I would like to raise awareness of the different services that are out there and also ways to overcome the obstacles that can face gay men today.

Knowing what you know now, if you could go back in time, what message would you like to give to your younger self struggling to fit in and come out? Your advice to LGBT youth

I don’t think it’s as much about fitting in because when I was younger I thought that I was straight and acted like myself at the time. But I think it’s more about when I acknowledged that I liked men, I didn’t really know how to deal with those feelings and how it would be received by the people around me.

Therefore I think a message I would tell myself is that you can’t be wrong if you’re just being yourself, no matter what that means. The people who are important to you will accept you and the ones who don’t will fade away. Happiness always comes from within and everyone deserves to be happy.

What are some things we, as gay men, can do to protect our mental health?

I think as gay men the best thing we can do to protect our mental health is to find our own path. As gay men, I think that it is easy to feel like we are not enough; that we have to be fitter, richer, more successful partly because we feel like the world wasn’t built for us so we have to do more to prove ourselves to others.

I believe this can be really harmful. Friendships are important and in the gay world it’s easy to fall into groups that aren’t there for you but are there to build the image that you want to project.

This can come most often in party culture. It’s easy to get wrapped up in being seen and who you know but it’s not about the number of people you know but that quality of the friends that you have. Look past the phoneys and hold onto true friendships and relationships because these are the people who care about you and not what you bring.

Lastly, your life doesn’t have to seem perfect. Speak to someone about your problems, friends, family, professionals, your dog…. Break down those barriers so people can see the real you, the vulnerable you and then you can truly be content in yourself and the real value you bring.

To learn more about Donald or if you need advice on mental health, you’re welcome to connect with him on his Instagram @donaldkhs.