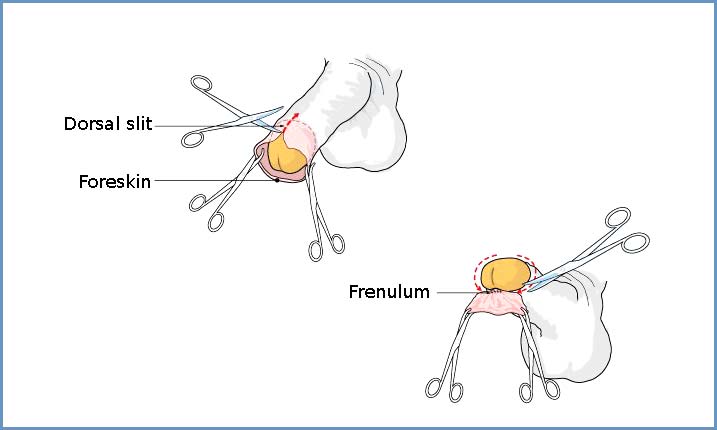 There may be psychological tendon consequences of being circumcised as infants. This is shown by an international study by researchers from Aarhus University, among others

Scientists have long disagreed about how it affects health – including the mental one – when little boys are circumcised. Now a study shows that being cut early – as a third of the world’s male population stays in adulthood – has consequences in adult life. Alessandro Miani and Michael Winterdahl from Aarhus University and Aarhus University Hospital have coordinated the study.

“We wanted to challenge the assumption that there are no late consequences of early circumcision beyond the purely physical because of the absence of foreskin,” says Michael Winterdahl about the background to the study.

The researchers recruited 408 men who had been circumcised within the first month of their lives and 211 uncropped men. They completed all questionnaires where the focus was on the ability to connect with others and manage stress.

“The study found that early cut men had a harder time connecting with, for example, the partner and were more emotionally unstable, while no differences in empathy or trust were found. Early circumcision was also associated with stronger sexual operations as well as a lower stress threshold,” says Michael Winterdahl.

He elaborates: “We know from previous studies that the combination of attachment to the partner and emotional stability is important for maintaining a healthy relationship and thus family relationship. Lack of the same can lead to frustrations and perhaps more borderline sexual behavior.”

The findings are published in the journal Heliyon.

According to the researcher, the study links the state of stress that early circumcision triggers in the infant to altered behaviors that first appear as an adult.

“Our findings are particularly interesting for prospective parents who want to make an informed choice about circumcision on behalf of their child, but also address anyone who wants to have a highly taboo subject highlighted, often drowning in an emotional discussion,” says Michael Winterdahl.

He stresses that the study as such does not point to morbid changes among severed men.

“Our study says something about differences at population level, not about individuals. It is important to remember that we as individuals vary enormously on virtually all parameters – that is, also on how we relate to our partner, for example,” says Michael Winterdahl.