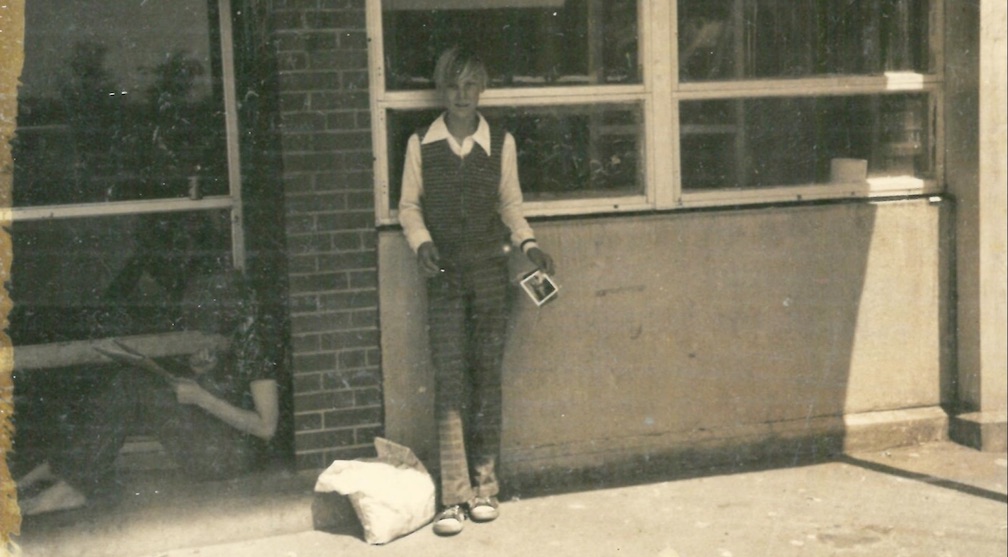 There’s been a lot of conversation lately about the beginning of the new movie It Chapter 2 because — spoiler alert/trigger warning — it opens with the murder of a gay man. This scene is taken pretty much directly from Stephen King’s novel It but that. in turn, is taken pretty much directly from an actual hate crime that took place in Bangor, Maine in 1984.

Charlie Howard was born on January 31, 1961 and was raised in Portsmouth, New Hampshire. He was fairly effeminate and suffered from asthma as a child, so he was bullied pretty relentlessly throughout his youth. He even skipped his high school graduation in order to spare his family from witnessing the bullying he received. After high school, he left New Hampshire and headed to Maine — eventually finding his way to Bangor. He joined the local Unitarian church, and became involved in the gay rights and support group Interweave.

Charlie was not quiet about his sexuality — which was unusual for that time in the 80’s. He would wear jewelry, accessories like earrings and a purse, and make-up if he felt like it. (Frankly, that’s pretty brave even now — thirty-five years later.) Unfortunately, this got him a good deal of negative attention from the general population — he was harassed by locals teens, and in one trip to a grocery store a woman chased him out shouting things like “You pervert!” at him. One time, while leaving his apartment, Charlie found his pet kitten strangled to death. Charlie learned quickly to be wary of locals — but he never toned down his queerness.

On July 7, 1984, Charlie attended a potluck at Interweave — he and his friend Roy Ogden left the party at about 10:00 pm. The two were crossing the Kenduskeag River Bridge on State Street, when they were spotted by a car full of teenagers — two girls, and three boys: Shawn Mabry, Daniel Ness, and Jim Baines. They stopped the car, and the three boys got out. Charlie and Roy ran — the teenage boys chased them. An asthma attack hit Charlie, making him easy to catch. The boys began to beat him, and then decided to throw him over the side of the bridge — despite Charlie’s pleas that he could not swim. He tried to grab a hold of the railing on the bridge, but the boys pried his hands loose. Shawn Mabry gave the final push that sent Charlie into the water below.

As they were leaving the scene of the crime, they spotted Roy Ogden and threatened his life should he tell anyone. That didn’t stop him from pulling the nearest fire alarm he could find to summon the police. Charlie’s body was pulled from the river at about 12:10 am. The autopsy would show that he died from drowning, with an acute asthma attack contributing.

The next day, with news that Charlie had died, one of the boys turned himself in to the police. The other two were quickly arrested. They were remanded to their parents custody and tried as juveniles. They claimed that a few days earlier, Charlie had made passes at them. The “gay panic” defense did not work — mostly because they’d previously told police they’d just wanted to “beat up a faggot” and that that was something they’d done before. All three ultimately pleaded guilty to manslaughter.

They were each sentenced to the Maine Youth Center for an indeterminate length of time not to exceed their 21st birthdays. Juvenile records are sealed but it has been reported that Mabry served 22 months, Baines serve two full years, and there is no public record of how long Ness served. After his release, Baines has spoken to many groups across Maine about his involvement in the murder, and about how dangerous intolerance and hatred can be. Edward Armstrong wrote about Baines story in Penitence: A True Story — published in 1994. Baines did not receive any royalties for his participation.

The murder had a lasting impact on the community of Bangor, Maine. Every year since the attack, they have thrown flowers off of the bridge where it occurred. They constructed a monument in honor of Charlie along the banks of the Kenduskeag Stream. Partly as a reaction to the killing, the Maine Lesbian/Gay Political Alliance (now EqualityMaine) was founded. The Maine Speakout Project keeps the Charlie Howard Memorial Library open to the public in Portland, Maine.

Aside from being the source for the hate crime in the beginning of Stephen King’s 1986 novel It, the crime also inspired the novel The Drowning of Stephan Jones by Bette Green, published in 1991. Mark Doty also wrote about the murder in the poem “Charlie Howard’s Descent.” But, perhaps, instead of the focus on his murder, we should all be focusing more on his willingness to be himself openly and unapologetically — no matter the cost.