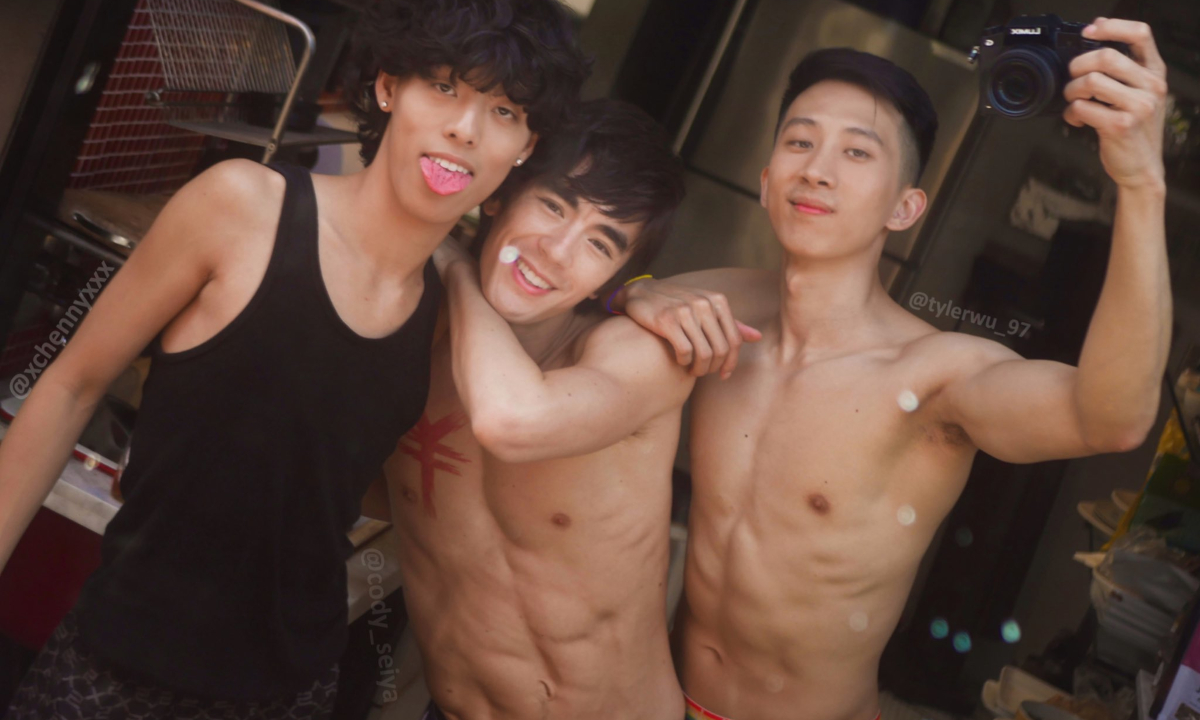 How thankful I am for running into this profile! His name is Tyler Wu! I assume he is running Adult Entertainment Club somewhere in New York, USA. At least that is in his short profile description. With over 582 thousand followers, he is comfortably in my “Queer Twitter Superstar” group of queer performers presenting their works on that platform. He is more than twice qualified. And, boy, he deserves it all. And, may I say, his team deserves it with him. After going through posts on his profile, I concluded that he is performing with some other guys that appear to be a part of some team.

Who is Tyler Wu?

I know as much as anyone else who doesn’t know him knows. Uh, that was a strange sentence. Anyway, my description here is based on his Twitter posts and some of my fantasies. I am open to corrections. I hope that Tyler Wu will respond to this and tell us all the absolute truth about him. Till then, I feel free to let my fantasies lose. And lose they are.

Let’s start with the easy assumptions first. Tyler Wu is undoubtedly gay. He is an Asian American. He is very sexy and beautiful (I will not argue about this, folks). Tyler Wu is versatile. I dare to say that he is more of a bottom. Maybe because I want to see him that way. I do think that he enjoys bottoming more on the available clips. No, he is not sissy. To put it in one sentence – Tyler is an American Asian versatile gay guy. He is either an owner or manager of the Adult Entertainment Club in New York, USA.

What is Adult Entertainment Club?

That is a good question. I don’t know the exact answer. However, nothing is stopping me from guessing. A club is more likely to be a close group of people rather than some standard club. I am convinced it is a gay adult club. Its primary purpose is probably producing gay adult entertainment content posted on various free or pay-for platforms. Most of the members, if not all, are of Asian origins. That means slim and smooth bodies that I always admire.

Let’s check some of his posts now!

Dear Tyler Wu, I hope that my presentation is up to your high levels of performance. This is also an invitation for a short interview to be published here as a follow-up. The interview with photos and videos and links to other sites of your choice.