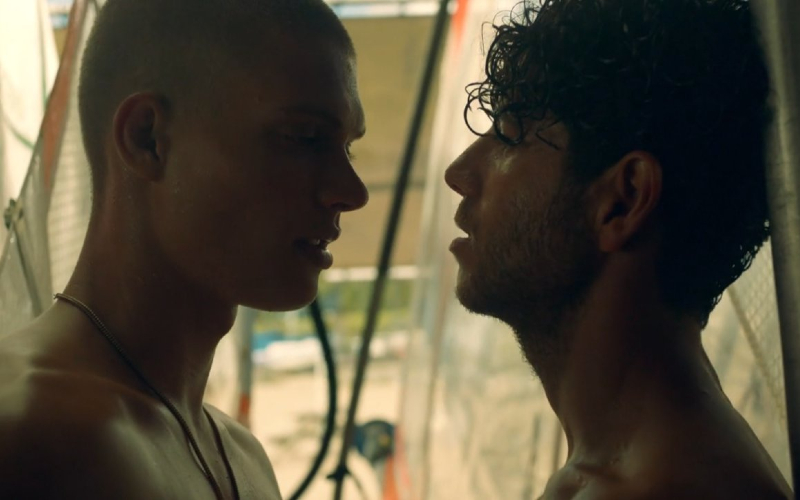 If you’re looking for quality queer films to add to your watch-list, Just Friends is worth your consideration. Just Friends – a film that remind us of the power of falling in love.

Joris (Josha Stradowski) is shy, introverted and cautious, Yad (Majd Mardo) is bold and impulsive, but at a chance meeting, opposites attract, and sparks fly.

Having spotted Yad windsurfing at the beach, Joris is taken aback when he discovers Yad is his grandmother’s new helper. Initially mistrustful of Yad’s advances, the boys quickly become inseparable. Stealing kisses between surfboards, wrestling in the reeds and filming their adventures – the couple find themselves growing closer and opening up to each other about the ghosts of their pasts and dreams for the future.

However, as the boys fall ever deeper in love with each other, the weight of their families’ expectations of them grow more profound, until one of them finally asks, would it be better if they were Just Friends?

Based partly on the life of Majd Mardo – who appears in the film as Yad – this is an upbeat exploration of intimacy between men.