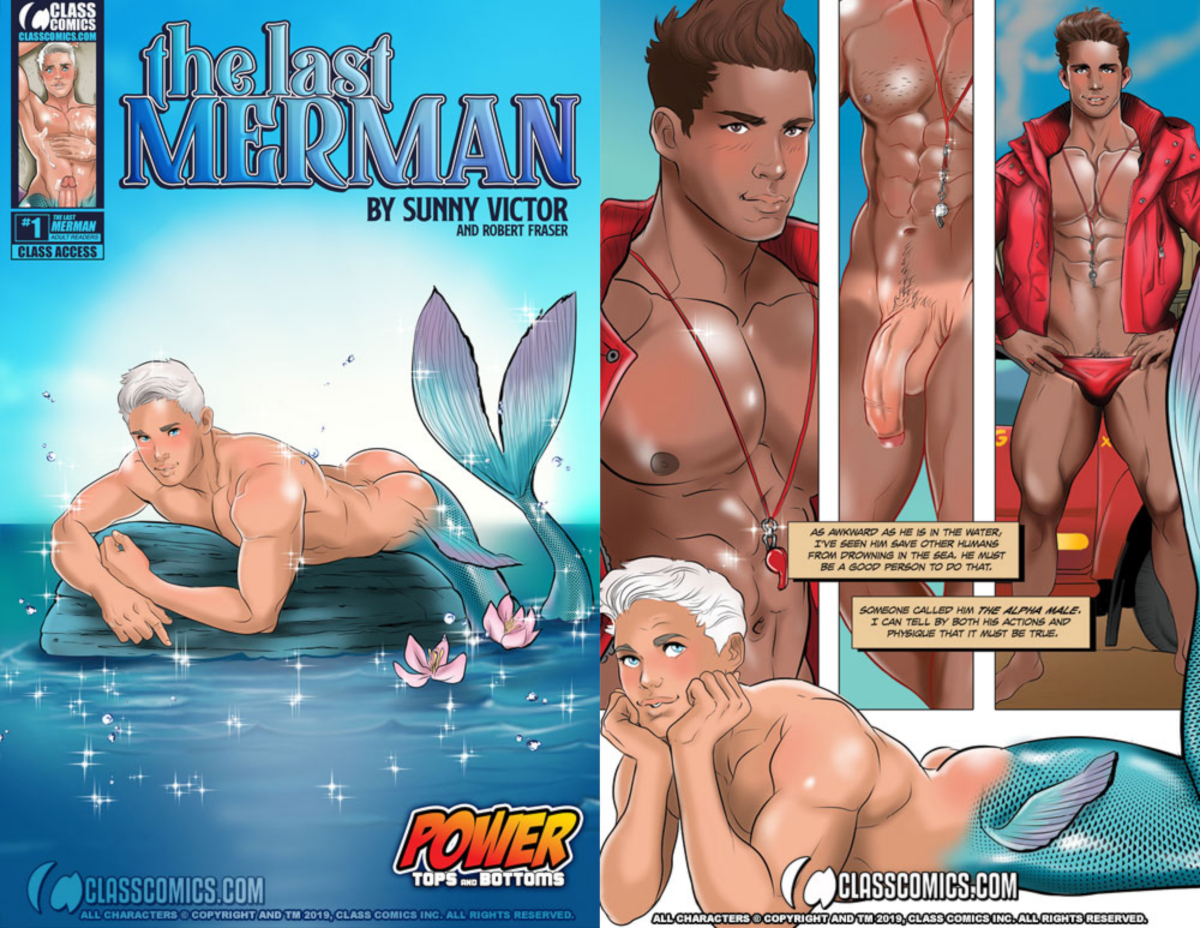 A SUN-DRENCHED AND SEX-FUELED SEA SHANTY

The Last Merman is part of the Power Tops world that Sunny Victor has been creating. Zack – who we met in Power Tops #1 is back patrolling the beach, but he encounters Tyde – a lonely young Merman who wants to be where the people are.

When Tyde witnesses Zack rescuing a baby sea turtle from beach pollution, Tyde can no longer hold back and he reveals himself to Zack.

At first Zack thinks that Tyde is into some sort of cosplay, but as things heat up between them, Zack realises that he has found someone very special.

But it looks like there might be complications ahead – while Zack is falling for Tyde, the sexy young Merman has new challenges to contend with far below the surface.

Written and illustrated by Sunny Victor, and edited by Robert Fraser, this is a beautiful-looking comic with plenty of explicit action.

If you ever wanted a gay version of The Little Mermaid, or to turn up the heat on Aquaman, then The Last Merman could be what you’re looking for.

One of the hallmarks of a good comic is that it leaves you wanting to dive straight into the next issue, the next instalment of the adventure. The Last Merman delivers on that – we know that Zack is a Power Top, and Tyde is cute as a button, but the new character that mysteriously appears in the closing frames looks like he’s really going to spice things up a bit.

Let’s enjoy it together now

To be continued soon