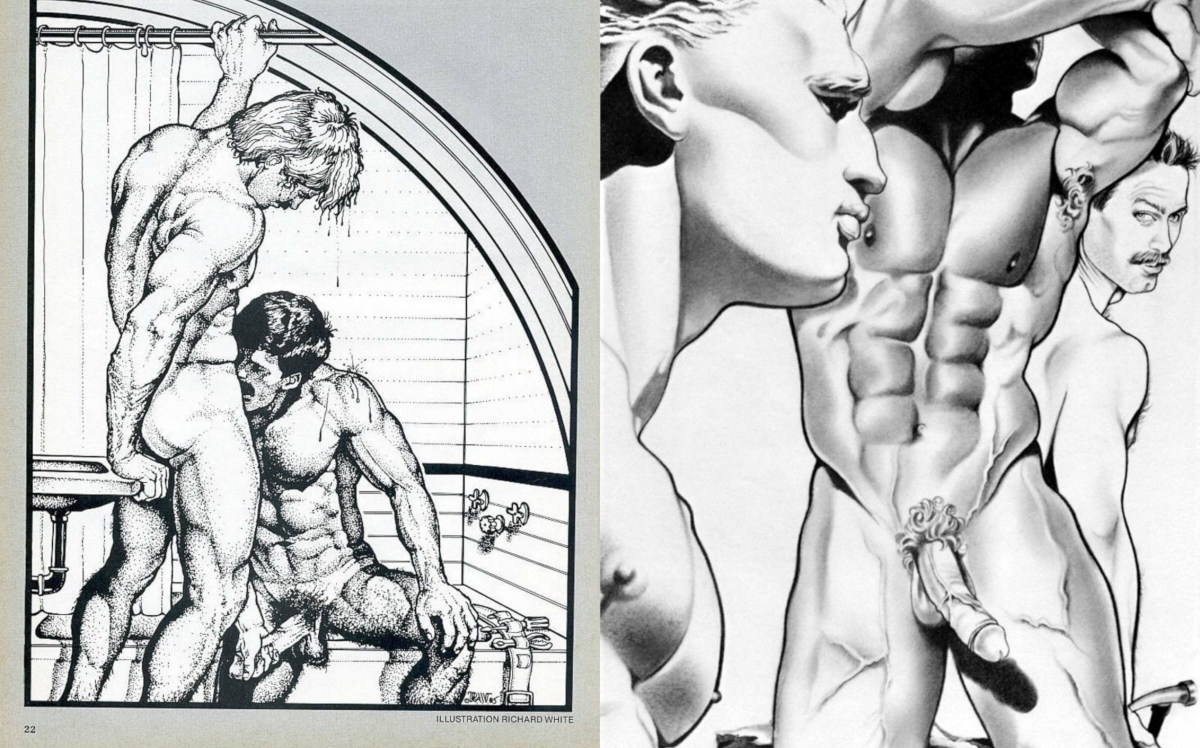 Richard White is an artist, painter, photographer, illustrator and graphic designer with many years experience in the publishing, advertising and graphics industries. Richard works out of his studio in central CT and also teaches design and illustration in area colleges and to private students. He regularly books models for classes, workshops and studio projects.

Richard White started out using the models of COLT and TARGET to create his work, finding it easier and more inspiring to work that way. Although he eventually moved on to life models, he was so successful that he ended up being featured in the magazines he used to use as inspiration.

I love it when things go full-circle like that.

I love Richard White’s style. Whether he’s heavy on the detail or sparingly using lines to depict his themes and models, it all works.

In drawings, something particularly homoerotic in pictures often creates a more homoerotic response than in photography. I think that the same thing applies to black and white photos. There is actually a number of articles that covers homoerotic arts on this site if you check the tag: Gay-artist-spotlight. Let’s make this another start for publishing homoerotic arts more often!

For Sigmund Freud, “rather than being a matter only for a minority of men who identify as homosexual or gay, homoeroticism is a part of the very formation of all men as human subjects and social actors.” Freud’s point of view is embedded in his psychoanalytic studies on Narcissism and Oedipus complex.