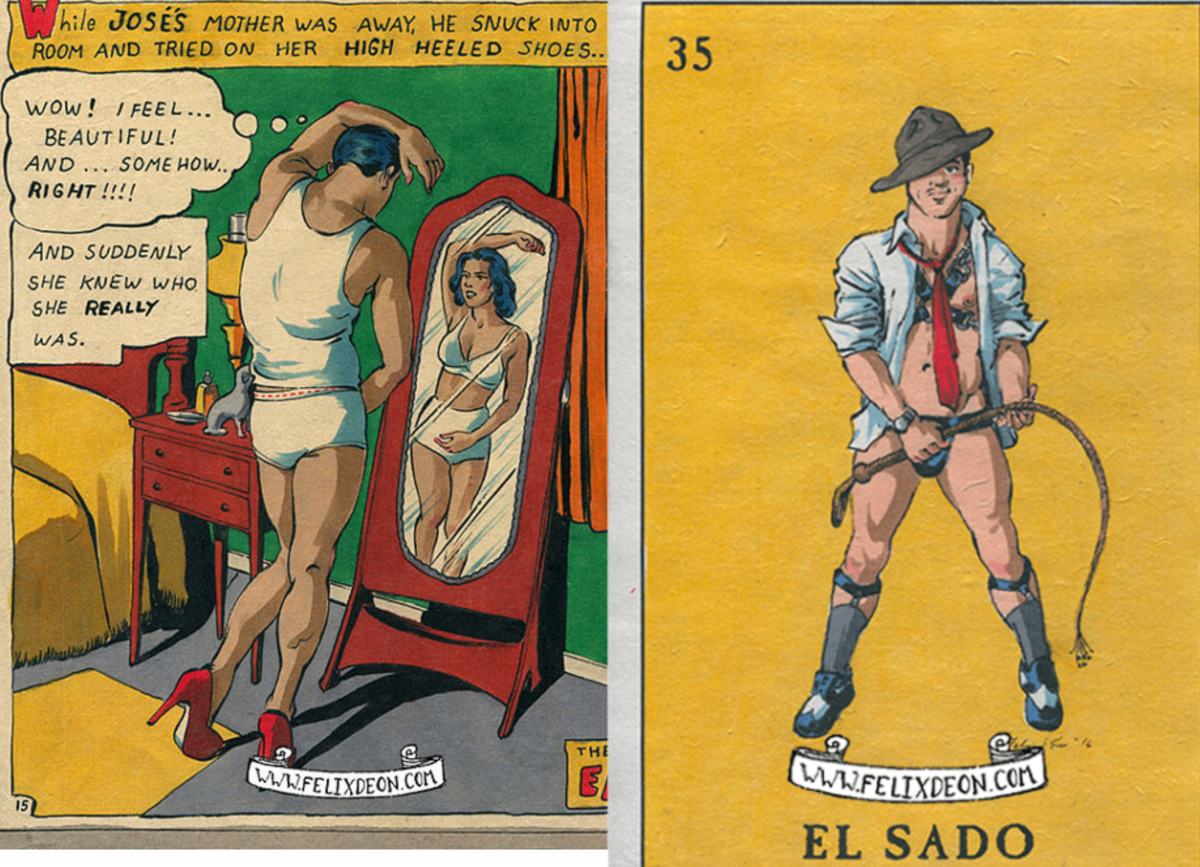 Felix D’Eon was born in Guadalajara, Mexico to a French father and a Mexican mother, though the young family would leave Guadalajara soon after his birth and take up residence in Southern California. After high school, D’Eon would enroll in the Academy of Art University in San Francisco where he would often sketch images of his friends—many of which were gay men or in his own words, “anyone I found cute.” Influenced and inspired by the city’s openness to gay lifestyles, D’Eon decided to start creating more symbolic pieces of work reflective of the many lifestyle choices made by the residents of the city. Here’s more from D’Eon on what drove him to create art which revealed the depth of diversity within the LGBTQ community in San Francisco as seen through his eyes:

“I feel that no one was represented in this artwork except for this very narrow range of people, and I really like the idea of being able to extend this narrative of love and history and just a romantic image of our ancestors to include a wider part of the queer community.”

D’Eon’s style is heavily influenced by Edwardian dress as well as children’s books, vintage sheet music and comics associated with the Golden Age which featured the first glimpses of Captain America and his nemesis the Red Skull. His mother was fond of giving the young D’Eon vintage books she loved, which would also influence the budding artist’s style. His work would quickly evolve to include a much more significant sphere of the LGBTQ spectrum such as those identifying as gender neutral, transgender and gay people of color. D’Eon’s delightful Instagram is filled with more than 3,000 posts from the Chicano artist and self-described activist including his joyful illustrations and homoerotic photography. D’Eon maintains an Etsy shop where you can purchase his original art—something you can also do on his website where you will find, among other things, greeting cards which I can safely say won’t be available in an aisle of your local CVS, but should be.

The images in this post merely scratch the surface of D’Eon’s large body of work. Much of what follows is NSFW.