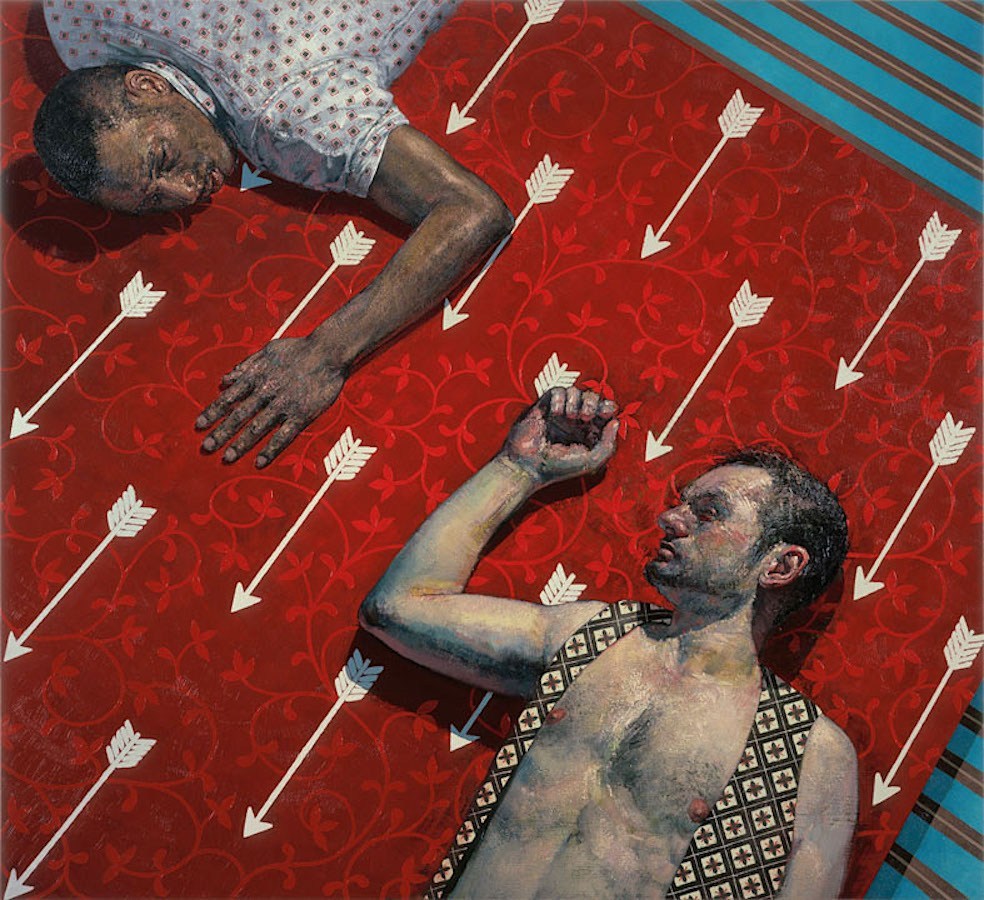 Born in North Carolina, Forrest Williams is an American figurative painter who lives and works in New York and Provincetown, Massachusetts. His extensive education began at Edinburgh University in Scotland. He graduated in 1985 with honors in English Literature and Art History. He next studied at Davidson College in North Carolina, where he earned his BA in English Literature. In 1989, Williams attended the London Academy of Music and Dramatic Art, earning Honors in Theater. He earned his Masters of Fine Art  in Painting at the New York Academy of Art in 1994.

Most of Forrest William’s figurative paintings contain individual male figures. They are clothed or nude, in subjective spaces. Similar to the work of Hopper, there is a psychological undercurrent of loneliness. And a lack of connection between the characters in the presented scenes. The paintings are staged sets, often with decorative elements. Elements such as arrows, whose figures represent the iconic man caught between desire and doubt. And intimacy and uncertainty. . 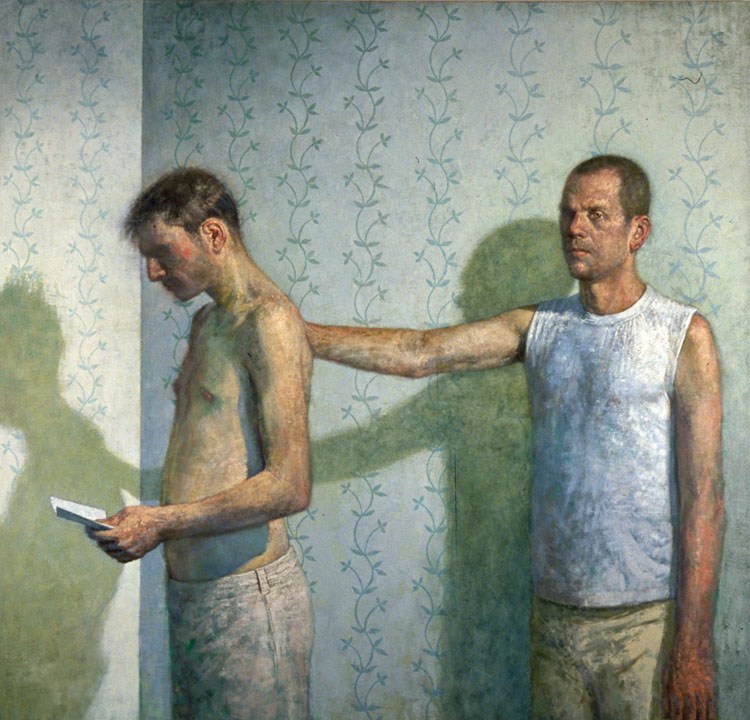 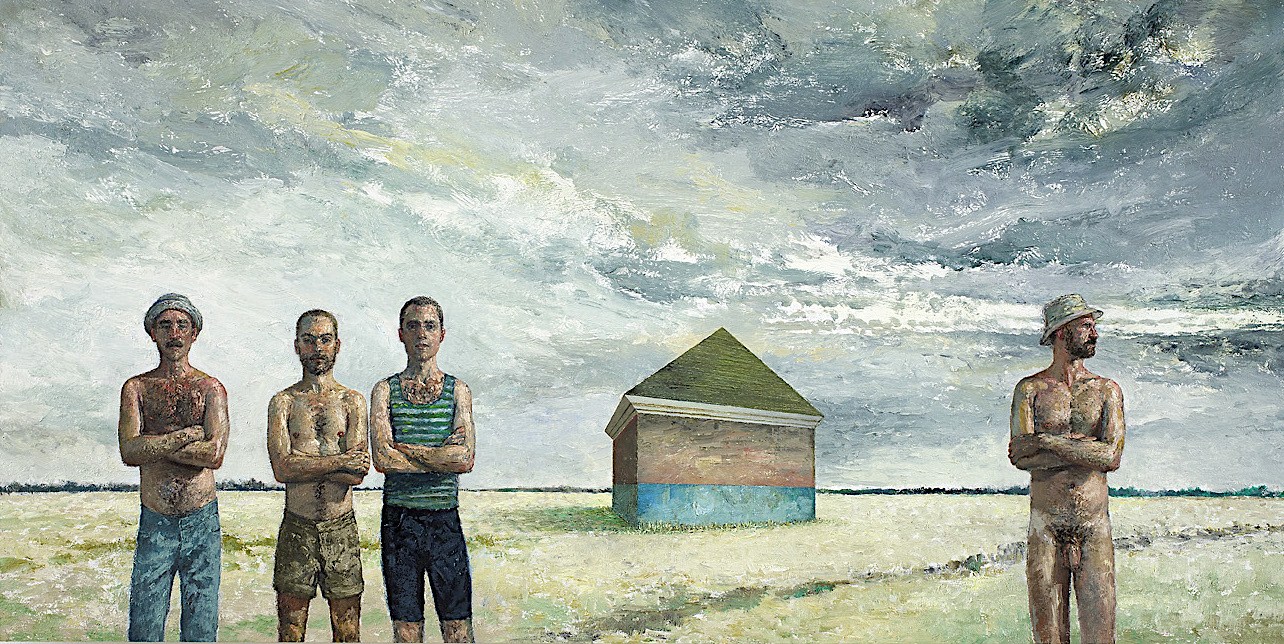 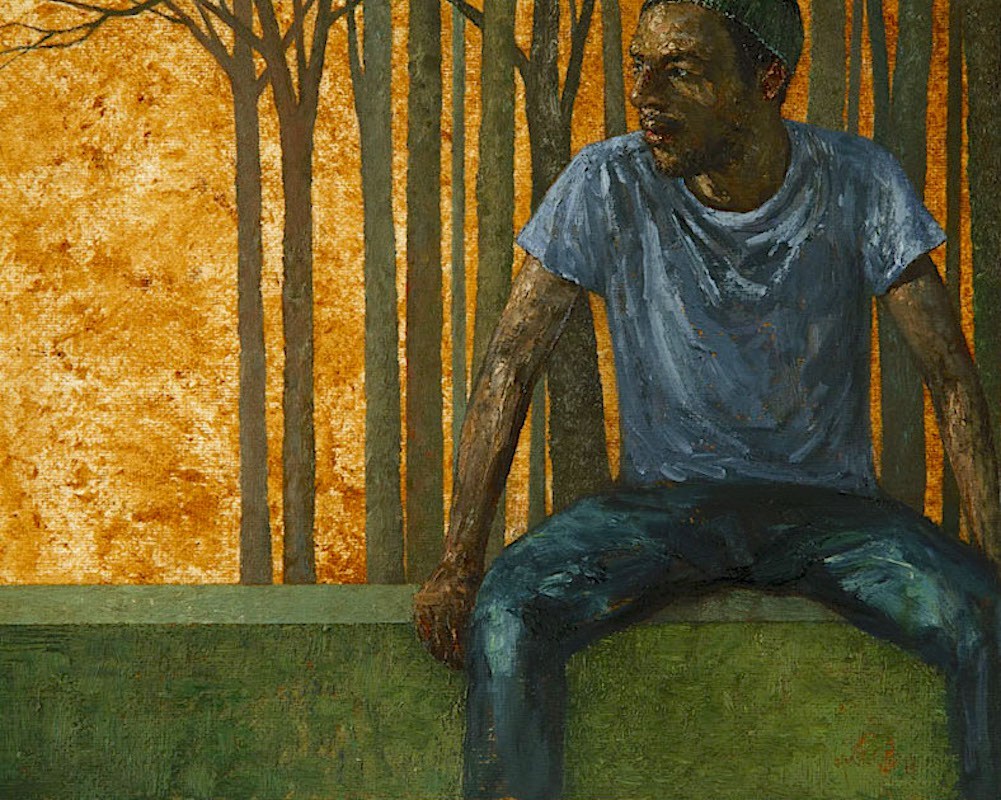 “I remember reading that the young Balthus was deeply influenced by Derain’s remark, “The only purpose of painting today is the recovery of lost secrets.”  That observation was made almost a hundred years ago now, but it still resonates with me.” — Forrest Willams

The artist’s site can be found at : http://www.forrestwilliams.net