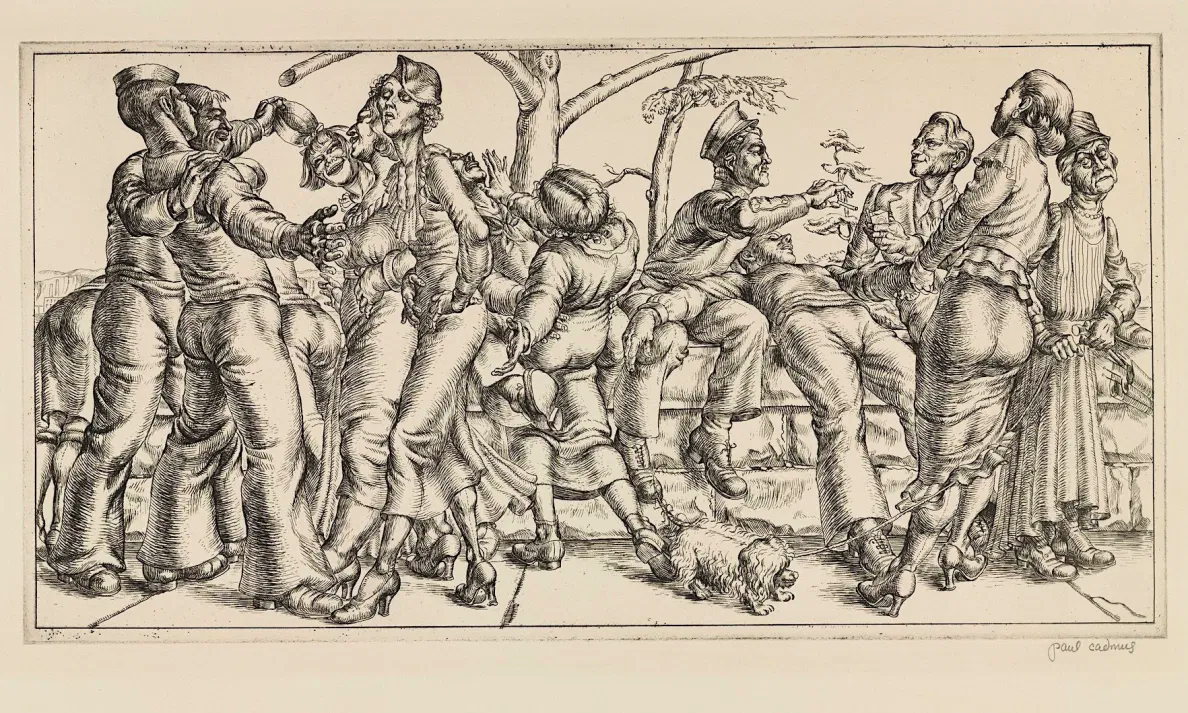 Paul Cadmus’s work is imbued with the compositions of the Renaissance period, the firm and expressive lines of Jean-Auguste Ingres, and the sharp, figurative appearance of Magical Realism. However, Cadmus received his greatest influence from his lover and fellow painter Jared French, with whom he studied and travelled extensively. French instilled within Cadmus the traditions of the Old Masters that became a fundamental part of his work.

The tempera “The Fleet’s In!” was removed in 1934 from the WPA exhibition at the Corcoran Gallery of Art in Washington, DC before public viewing by order of the US Secretary of the Navy and transferred to the custody of the US Department of the Navy. it was not seen in a public exhibition until September of 1981, when it was shown, on loan, in a traveling Cadmus retrospective. Upon the retrospective’s end in July of 1982, the painting’s repository remained the US Navy’s Art Collection, which has continued the practice of loaning it to domestic and international museums.

For more extensive information on the censorship of Paul Cadmus’s paintings, please visit Anthony J. Morris’s dissertation entitled “The Censored Paintings of Paul Cadmus, 1934-1940: The Body as the Boundary Between the Decent and Obscene”, 2010, Department of Art History and Art, Case Western Reserve University.