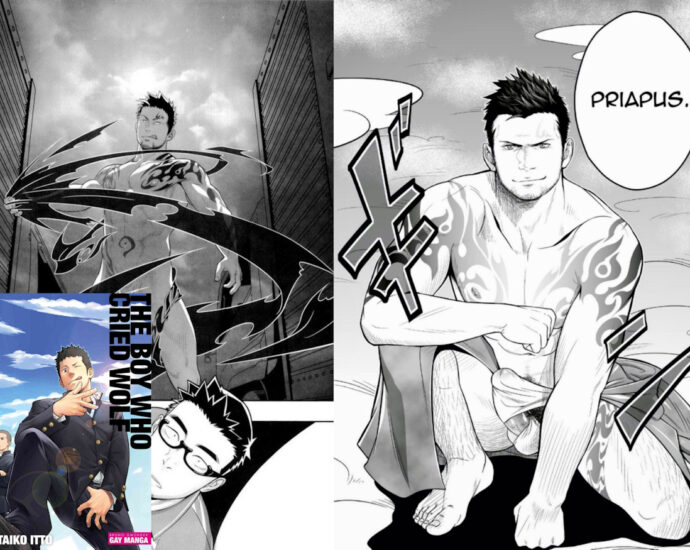 Although many people refer to him as “Mentaiko,” that’s actually the name of his doujin circle.
Itto owns four dogs and three cats, and lives happily with his male spouse. He composes CG collections and short doujinshis (mostly gay male-oriented)

Mentaiko Itto’s amusing gay mangas are a major part of the Japanese manga publications. Bruno Gmünder has published his works for the first time in English, introducing him to a broader audience. There are already two manga volumes released from Mentaiko Itto: “Priapus” and “The Boy Who Cried Wolf”. Following Itto’s success, publisher Bruno Gmünder introduced a poster book in a large-scale format.